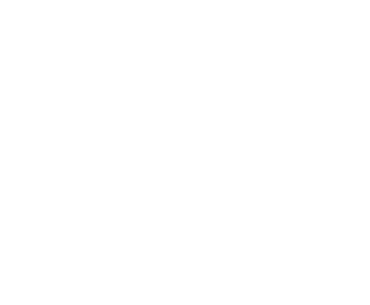 Chicago’s Northern Suburbs extend along the Lake Michigan lakeshore and West into Lake County, Illinois. Needless to say, this is an undeniably picturesque area—so much so that the suburban lifestyle of these communities has served as the backdrop for iconic films like Ferris Bueller’s Day Off, The Breakfast Club, and Mean Girls. Home to highly rated schools, a plethora of green space, and bustling business hubs alike, Chicago’s Northern Suburbs are as versatile as they come. In addition, the area has convenient access to transportation to downtown Chicago and O’Hare International Airport. It’s no wonder many national companies choose the area as their headquarters! Better yet, there is a wide range of housing options across the Northern Suburbs, and each community has its own particular charm. The world is your oyster in the Northern Suburbs.

The Communities of the Northern Suburbs

Let’s explore the smaller neighborhoods that make up this rich area. The small affluent town of Northfield is a prestigious community with highly desirable homes, while the inviting suburb of Skokie is laid out along a continuation of Chicago’s grid system. Once known as the world’s smallest village, Skokie is now one of the fastest-growing suburbs in the country. (Fun fact: Skokie is incredibly diverse with more than 100 languages spoken among its population!)

Morton Grove is also packed with culture as a former sawmill town that was popular during the Roaring 1920s for its Jazz Age speakeasies and nightclubs. This historic community’s attractions include the sprawling natural beauty of its Forest Preserves.

If you’re an architecture lover, check out Riverwoods or Bannockburn. Riverwoods is a welcoming community surrounded by unspoiled nature and mid-century modern homes, some designed by noted Prairie Modernist architect Edward Humrich. Bannockburn features substantial homes, with all new construction requiring lots of two acres in size. Bannockburn was first developed in the 1920s, and grand country estates from this period still exist.

More traditional communities include Glenview, one of the largest northern suburbs. Glenview is a family-friendly community with award-winning schools and plenty of community-focused events. Libertyville is a charming small town with exceptional schools, fabulous local establishments, and the quintessential American main street. Northbrook is the quintessential Chicago suburb. The inspiration for the fictional town of Shermer in the movies of John Hughes, Glenbrook High School in Northbrook was a filming site for several 1980s classics. (Makes you nostalgic for the days of big hair and neon crewnecks, doesn’t it?)

In terms of business hubs, it’s hard to go wrong with Deerfield, Lincolnshire, or Vernon Hills. Deerfield is a wealthy suburb with gorgeous houses and is home to several big companies. Residents in this picturesque suburb lead an active lifestyle due to the number of available local sports groups and programs. Lincolnshire is a family-friendly choice with excellent schools and plentiful employment opportunities given its concentration of global companies, and Vernon Hills is a major Northern Suburbs business center that has incredible shopping and a vibrant feel.

From shopping malls to locally run businesses, the Northern Suburbs offer a wide range of shopping and dining. Make sure you head to Burt’s Place in Morton Grove to sample a traditional deep-dish pizza (rated the best in Chicagoland!).

The Glen Town Center in Glenview is a shopping center with dozens of restaurants and retailers housed within a converted Naval Air Station. The Westfield Old Orchard shopping center in Skokie has over 100 businesses, including Bloomingdale’s, Macy’s, and Nordstrom. Deerbrook Mall on the boundary between Deerfield and Northbrook and Mellody Farm in Vernon Hills are two other retail destinations.

Skokie, Deerfield, and Libertyville all have walkable downtown areas lined with a variety of boutiques, cafes, and locally operated stores. Those with a sweet tooth will delight in the Long Grove Confectionery Co., an artisanal chocolatier producing Chicago’s most decadent sweet treats since the 1970s.

Outdoor recreation organizations, such as Deerfield Park District, ensure the Northern Suburbs are full of well-maintained public parks with loads of amenities. The Preservation Foundation of the Lake County Forest Preserves purchases land and maintains trails that wind through the gorgeous forests surrounding the Northern Suburbs communities.

Those seeking cultural attractions can take in musicals and other performances at the Marriott Theatre, engage in hands-on learning at Kohl Children’s Museum, view exhibits comprising one of the world’s largest holocaust memorials at the Illinois Holocaust Museum & Education Center, and visit important sites from Native American history.

The Northern Suburbs’ distinctive communities host numerous events throughout the year. Enjoy the Long Grove Strawberry Fest, where you can buy fresh summer fruits from vendors, listen to live music, and participate in assorted arts and crafts. Libertyville Days Festival in June is a family-friendly celebration with a parade, carnival rides, an arts-and-crafts fair, food vendors, beer garden, and live music. Six Flags Great America in Gurnee is a top theme park with 17 roller coasters and other thrilling rides across nine themed areas. For something a little more relaxing, check in at the Lincolnshire Marriott Resort to pamper yourself with outstanding spa treatments or dine in one of the resort’s four outstanding restaurants.

The visitor’s center at Independence Grove is the perfect starting point for an exploration of the Forest Preserves’ natural beauty. Trails that wind through the 145-acre prairie grove land of The Grove in Glenview allow you to take in a variety of ecological habitats. The Grove is also the site of historic buildings and exhibits.